Dachau was pretty heavy stuff, so we found lighter activities for the afternoon.

First stop, a quick look at the Victory Gate (Siegestor). This arch sits in the middle of a rather busy street, crowned with a statue of Bavaria and four lions. The arch was heavily damaged during World War II, and was never fully restored, in order to serve as a reminder of the war. In the second photo below, the columns should be supporting a ledge, like you can see in the first photo. 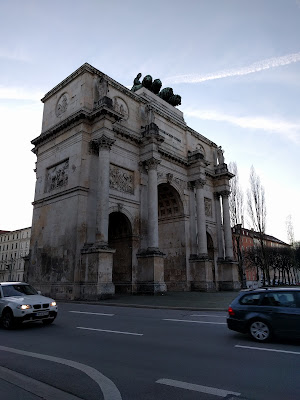 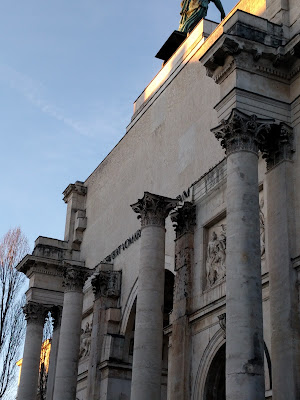 Second stop, watching the surfers at the Eisbach River. (Yep, surfing in water with the name “ice brook”.) I can’t believe these guys were still out there when it’s nearly January! Today was mild, but it sounds like this is a year-round activity even when the weather isn’t abnormally warm. It was really fun to watch. I’d be here weekly if I lived in Munich. You could tell some of these guys were very new at this, and for such a strenuous sport I can imagine the learning curve is pretty steep. 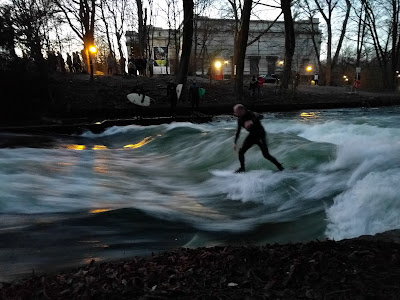 We walked back through the Englischer Garten, aka Munich’s “Green Lung” — a huge park near the east side of central Munich. It was very popular on a Saturday evening, with musicians, picnickers, and lots of doggies. And of course a biergarten! 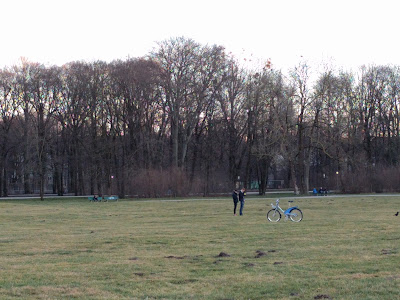 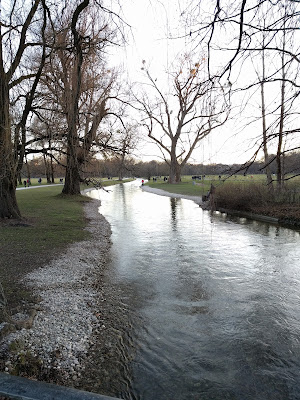 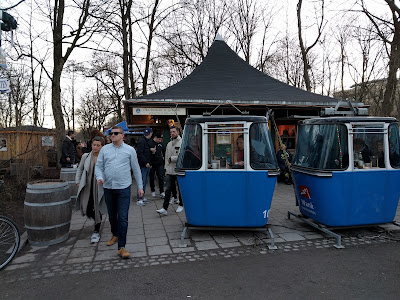 We finished up the day at Augustiner Keller, a beer hall near-ish to where we’re staying. I only ordered potato dumplings, and the waiter only rolled his eyes a little bit. It was a win-win.

Today’s title came from yesterday. We were attempting to order pretzels with a waiter who was really energetic but not so great with English. We wanted one order to try, but “I want to try” sounds just like “eins zwei drei”, drei being the German word for three! We almost ordered three baskets of bread (not pretzels; the pretzels never materialized) for four people before we realized why he kept holding up three fingers. Language! 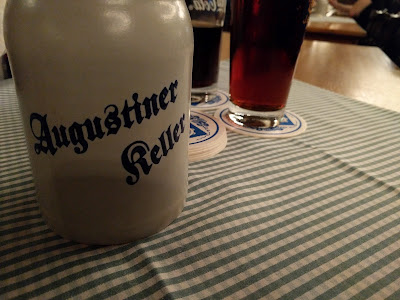